If you want to learn how to implement these strategies to get the VA benefits you deserve, click here to speak with a VA claim expert for free.

Accomplishing in 10 months what would have taken 5 years, the Elite Member Success Story of Joe Moynihan

TEN MONTHS after joining the Elite Program at VA Claims Insider, Joe Moynihan finally has the disability rating he was denied 40 years ago.

Moynihan joined the Army in 1975 and served as a Fire Control Instrument Repairman. He was recommended for Officer Candidate School but failed the physical because his knees were deemed unfit for combat.

Military duties were taking a toll on him, both physically and emotionally. Discouraged, Moynihan left the Army in 1978 and was given a disability rating of 40%.

“I was at the VA for a physical and the doctor told me my surgical scars were shrinking — and from that data they took away my disability.” It took Moynihan’s orthopedic surgeon back home writing a letter (stating the reality of Joe’s physical condition) to get his 40% rating reinstated.

For the next 35 years, Moynihan chose to pay for his own healthcare. He feared the alternative could cost him his disability a second time.

After retiring from the workforce in 2015, Joe reconnected with an old friend he had served with in the Army. His friend encouraged Joe to check out some of the online resources available to disabled veterans.

Moynihan Soon Realized He was Underrated

After doing his homework and weighing the pros and cons of the free versus paid options, Joe decided that VA Claims Insider’s Elite Program was the route to go.

“I thought it was pretty expensive, but I did the math. I actually made a spreadsheet. I looked at it from a business perspective and saw that I could get a return on my investment in less than two months. It just made sense.”

But Joe realized early on that even with great coaching and new information now at his disposal, it was still up to him to do the ‘heavy lifting.’ “You really have to work at it,” he says.

Moynihan plans to continue pursuing his benefits even after being granted 100 percent P&T. “It’s not about the money now,” he says, “I just want the records to be right and things to be correct.”

At VA Claims Insider, we help fellow Veterans celebrate LIFE CHANGE by getting you the VA rating increase you deserve by law.

If you’re ready to secure the VA disability claim rating and benefits you’ve earned for your honorable service to our nation, simply click the button below now to start our FREE 3-step intake process.

You’ll hear from a member of our team within minutes! 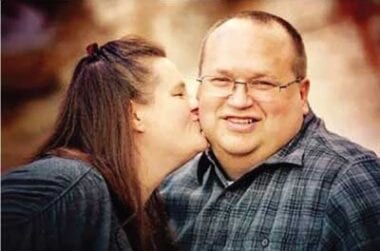 The Spouse of Disabled Veteran and Her Determination to be Heard Travis Myers served as a U.S. Marine from 1995-1999. His MOS was 0311 (Infantry) and cross-trained in 0341 (Mortars). Travis was... continue reading

The story of how Doug Pine, an Elite Member of VA Claims Insider, went from 90% to 100% VA disability rating in just 15 days & the impact it had on his... continue reading

How to File a Claim on VA.gov (step-by-step)!

According to our data, 8/10 (80%) of veterans reading this message right now are underrated by the VA…

This means you do NOT currently have the VA disability rating and compensation YOU deserve, and you could be missing out on thousands of dollars of tax-free compensation and benefits each month.

As a fellow disabled Veteran this is shameful and I’m on a mission to change it.

Since 2016, VA Claims Insider has helped thousands of Veterans just like you get the VA rating and compensation they deserve in less time.

If accepted into our ELITE membership program, you’ll get free up-front access and permission to use $13,119 worth of proprietary VA claim resources, including access to our network of independent medical professionals for medical examinations, disability evaluations, and credible Medical Nexus Letters, which could help you get a HIGHER VA rating in LESS time.

It’s FREE to get started, so click “Go Elite Now” below to complete our 3-step intake process.

If you’re stuck, frustrated, underrated, and currently rated between 0%-90%, VA Claims Insider Elite is for you!

Click “Go Elite Now” below to get started today and a member of our team will be in touch within minutes.

You're not alone. Thousands of other Veterans in our Community are here for you.

You’re ready to get the rating you deserve

We know the pain of feeling stuck, frustrated, and alone, and we want to make this process as easy and painless as possible for you.

We win ONLY when YOU win

Hear from fellow Veterans just like you, with many of our Veteran Success Managers having gone through our programs.

For a limited time, you can book a free, no-obligation VA Claim Discovery Call with one of our experts.

Book A Call
We use cookies to ensure that we give you the best experience on our website. If you continue to use this site we will assume that you are happy with it.Ok